For the last year since I moved for college, I have been working on building a new lab space. I moved all of my equipment and furniture from my old lab, and have acquired some more since then. I built my own working fume hood, since the new lab is in a garage with no windows. There is still much to be done, but now it is finally usable and presentable enough for a public reveal! 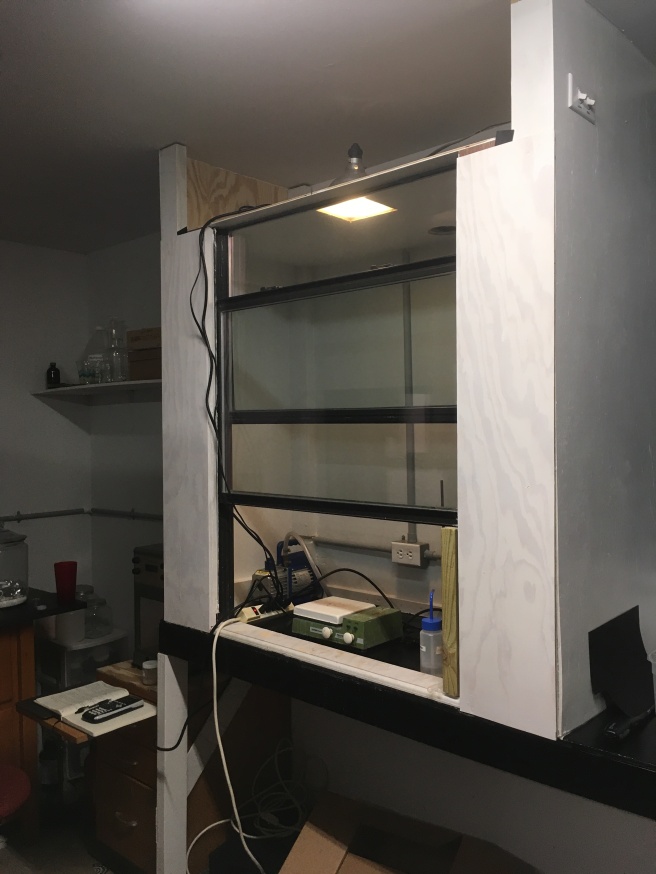 The fume hood, while it is now functional, has to be powered by an extension cord currently along with the rest of the lab equipment, as there were not any existing power outlets in this half of the garage. I installed new outlets, which are visible in some of these pictures, but they are not hot yet because I have yet to install a new breaker to power them. Once they are connected, I will be able to turn on the light and fan using the switches on the side of the hood, and close off the top portion where the light and fan are. All the cords that you see dangling will disappear. 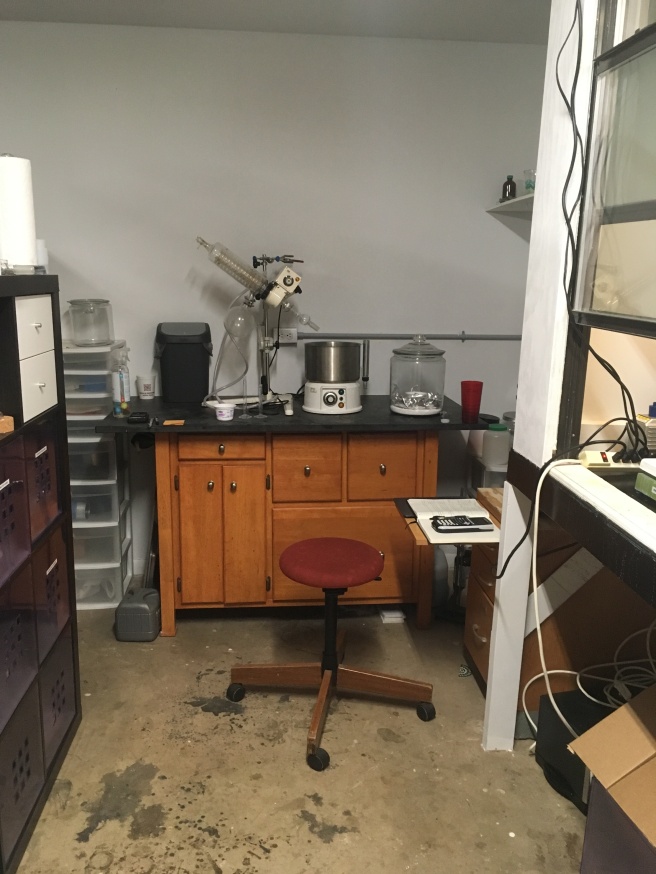 At the back of the lab is my old lab bench, which is now home to my desiccator and the Rotovap that I got a few months ago (which once belonged to Sauron, and I acquired by way of another Sciencemadness member, so I am at least the third amateur chemist to have owned this machine!). I will probably move it to the side to make more room on the bench. I know it’s already looking like a lab with all the stains on the floor, but those predate my occupation. 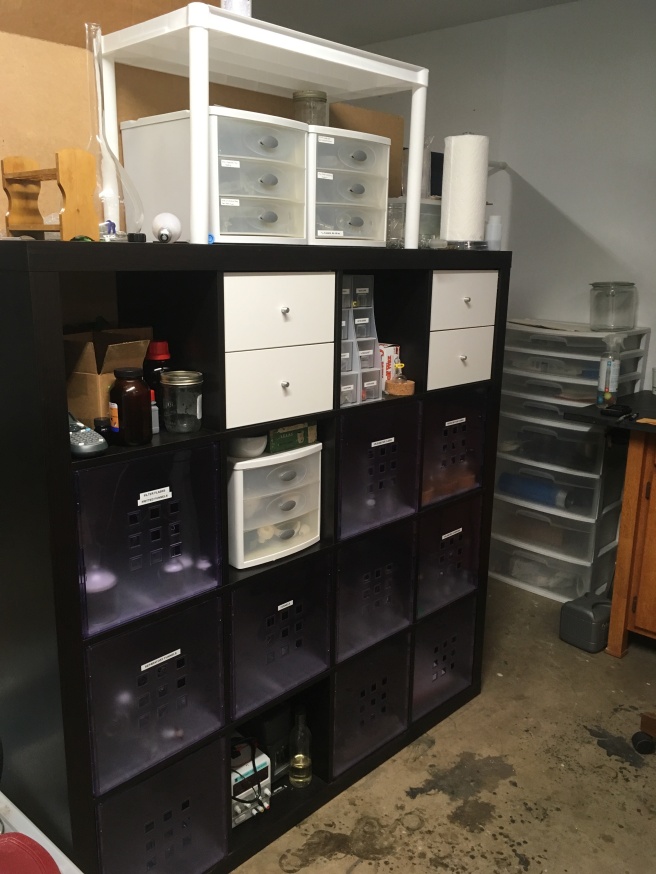 My glassware is still stored in the same unit that I used in my old lab, but I reorganized a bit. Recently I got a DC power supply, which I’m going to have all sorts of fun with. My chemical cabinet is on the opposite side of the glassware cabinet. It isn’t the most convenient location, but it works, and keeps things nice and compact. 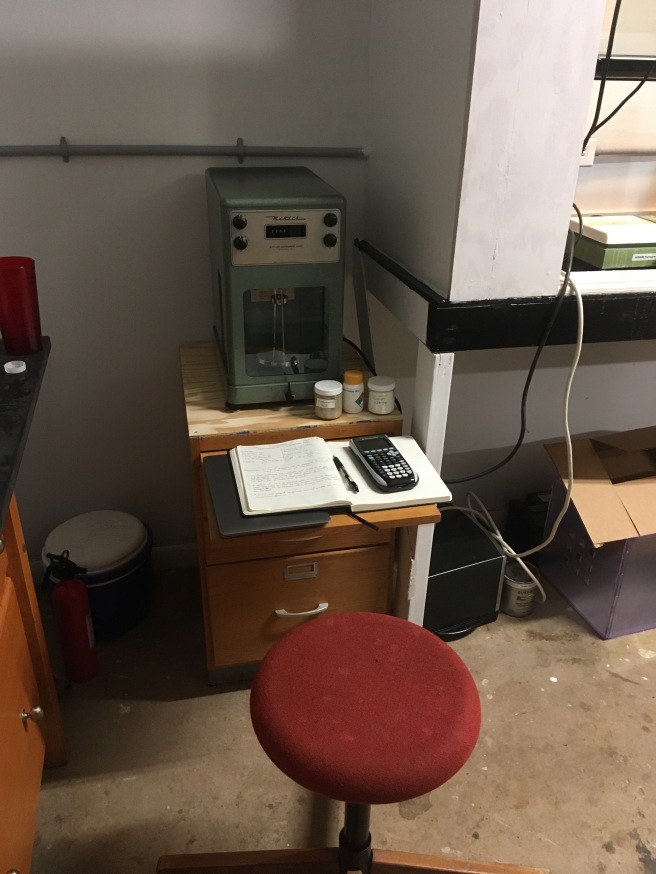 The Mettler balance has a new dedicated weighing station complete with a retractable desk where I can write in my notebook. The red stool was a happy acquisition from university surplus, and is a major improvement on the rickety old thing I used to use.

There is still much more to do. I have more bench space that isn’t shown in the above pictures that I’m still working on, a utility sink I’d like to install, and there are plans for improvements for the fume hood as well. I’m very excited to have gotten this far though- now I can actually get around to some of the projects I’ve been dreaming of for months!